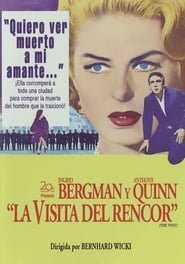 Trailer
Carla Zachanassian had a child by Serge Miller as a teenager. When Serge refused to marry her, she was driven out of town. By her own wit and cunning, she has returned as a multi-millionaire for a visit. The town lays out the red carpet expecting big things from Carla, only to learn that her sole purpose is to see Serge Miller killed...