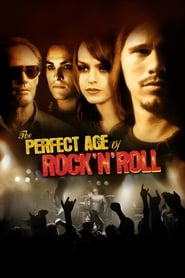 Trailer
In this film, childhood friends come face to face with the demons of rock and roll (lust, drugs, and passion) on a cross-country road trip that compels them to face their past, present, and future. Rocker Spyder, whose debut album was a huge hit saw his follow-on album bomb, causing him to retreat to his small hometown and give up. Seven years later, 27-year-old Spyder reconnects with his long-lost best friend and writer of his debut album Eric, son of a late great punk rock guitar legend, who has long settled into the sedate life of a suburban middle school music teacher. The reunion forces the two to recall their youthful ambitions and re-examine the choices they've made.

Tenacious D in The Pick of Destiny

In Venice Beach, naive Midwesterner JB bonds with local slacker KG and they form the rock band Tenacious D. Setting out to become the world's greatest

In Mexico, two teenage boys and an attractive older woman embark on a road trip and learn a thing or two about life, friendship, sex, and each other.

Follows seemingly unrelated people as their lives begin to intertwine while they fall in – and out – of love. Affections languish and develop