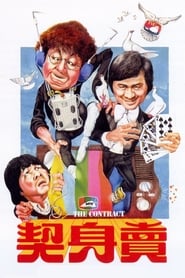 Trailer
Struggling actor Chih-Wen (Michael Hui) got a raw deal from his company, MTV Studios. He signed a binding 8-year contract with the studio and was only given one opportunity to perform live thus far. Soon, he received a better deal with a rival company, who promised a 5-year contract and better opportunities to perform and make money. Since he cannot start working for the new company because of his current 8-year contract with MTV, he and his scientist-aspiring brother (Ricky Hui), with the help of magician Shih-Chieh (Sam Hui), attempt to steal the contract from his ruthless manager.

Back to the Future Part II

Back to the Future

Eighties teenager Marty McFly is accidentally sent back in time to 1955, inadvertently disrupting his parents' first meeting and attracting his mother's 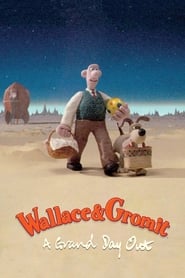 A Grand Day Out

Wallace and Gromit have run out of cheese and this provides an excellent excuse for the animated duo to take their holiday on the moon, where, as everyone

Gromit finds himself being pushed out of his room and home by a new lodger who is actually a ruthless criminal (and a small penguin). The penguin is

Cloudy with a Chance of Meatballs 2

After the disastrous food storm in the first film, Flint and his friends are forced to leave the town. Flint accepts the invitation from his idol Chester

One year after outwitting the FBI and winning the public’s adulation with their mind-bending spectacles, the Four Horsemen resurface only to find