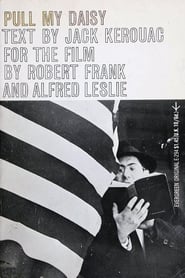 Trailer
Pull My Daisy is a film that typifies the Beat Generation. Directed by Robert Frank and Alfred Leslie, Daisy was adapted by Jack Kerouac from the third act of his play, Beat Generation; Kerouac also provided improvised narration.

Brave is set in the mystical Scottish Highlands, where Mérida is the princess of a kingdom ruled by King Fergus and Queen Elinor. An unruly