Trailer
In the countryside, the boy Alan and his friend Becky steal a creepy wooden box with a powerful voodoo stick inside from his voodooistic neighbor. When the boy draws with the stick, his drunken father is attacked by a snake and vanishes. Years later, Alan and Becky are married to each other; while planting some flowers to celebrate the death of Alan's mother, Becky finds the box buried in the garden and she keeps the stick in her pocket. Meanwhile, five friends are traveling in a monster truck, drinking beer. The driver accidentally runs over Becky, but believes he had hit an animal. When Alan witnesses the hit-and-run and sees his wife dead, he uses the stick seeking revenge against the youngsters.

Lockjaw: Rise of the Kulev Serpent

Lockjaw: Rise of the Kulev Serpent 2008 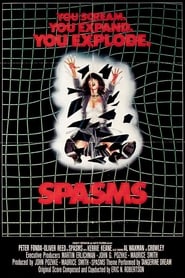 A gigantic serpent is captured on a remote island and shipped to an American college for experimentation. 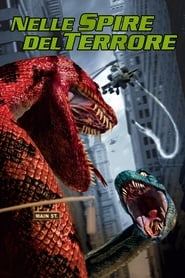 After an overly ambitious businessman transports an 80-foot python to the United States, the beast escapes and starts to leave behind a trail of human

Snakes on a Plane

America is on the search for the murderer Eddie Kim. Sean Jones must fly to L.A. to testify in a hearing against Kim. Accompanied by FBI agent Neville

When a huge hurricane hits her hometown in Florida, Haley ignores evacuation orders to look for her father. After finding him badly wounded, both are

Primatologist Davis Okoye shares an unshakable bond with George, the extraordinarily intelligent, silverback gorilla who has been in his care since birth.

When an insatiable great white shark terrorizes the townspeople of Amity Island, the police chief, an oceanographer and a grizzled shark hunter seek to