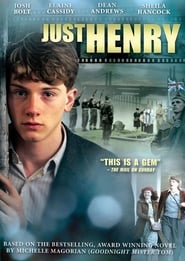 Trailer
n 1950 15-year old Henry Dodge lives with his mother Maureen and her new husband Bill. Encouraged by his embittered,meddling paternal grandmother, Henry refuses to accept Bill and wishes to keep alive the memory of his father Joey,a decorated Dunkirk hero,killed by a deserter during an air raid. After new class-mate Grace and kindly school teacher Mrs Beaumont have persuaded Henry to forgive Paul Jeffries,the deserter's son, Joey appears,claiming to have lost his memory and anxious to get his family back. But Grace is right to be suspicious of him as Maureen tells her son what a brute the man was as a husband and it turns out that he is a criminal on the run and a liar who has allowed another family to bear the shame that it is his. When Joey abducts Henry and his mother the boy is forced to grow up fast and stand up to him whilst protecting Maureen and bringing another child into the world.

Special Agent Jennifer Marsh works in an elite division of the FBI dedicated to fighting cybercrime. She thinks she has seen it all, until a particularly