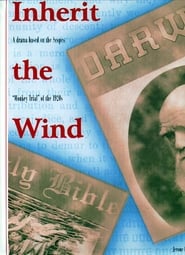 Trailer
A young man, Bert Cates, is arrested in a small Bible Belt town for teaching the theory of Evolution in the public school. Two of the finest legal minds in the U.S. are called to the trial: Henry Drummond for the defense, and Matthew Harrison Brady for the prosecution. The trial proceeds on three levels, the guilt or innocence of Cates, the issue of the Bible vs. Darwin, and finally, the personal confrontation between Drummond and Brady.

Ghost in the Shell

In the near future, Major (Scarlett Johansson) is the first of her kind: A human saved from a terrible crash, who is cyber-enhanced to be a perfect

The true story of how the Boston Globe uncovered the massive scandal of child molestation and cover-up within the local Catholic Archdiocese, shaking the

A stage director and an actress struggle through a grueling, coast-to-coast divorce that pushes them to their personal extremes.

Brimming with action while incisively examining the nature of truth, "Rashomon" is perhaps the finest film ever to investigate the philosophy of justice.

The world top bodyguard gets a new client, a hit man who must testify at the International Court of Justice. They must put their differences aside and