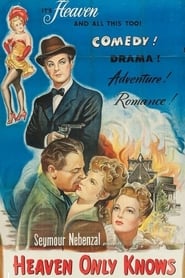 Trailer
Also released as Montana Mike, Heaven Only Knows is an offbeat western with fantasy overtones. Hard-bitten gambling boss Brian Donlevy rules his frontier community with brawn and bullets. To his dismay, Donlevy discovers that he has a guardian angel (Robert Cummings), who shows up in the guise of an Eastern tenderfoot. The angel has been sent from Above to save Donlevy's soul, and to that end encourages the one-time villain to squire a minister's daughter (Jorja Curtwright) rather than his usual dance-hall girls. Donlevy is also given tips on winning against his enemies without resorting to gunplay. The gambler finally redeems himself with Heaven by rescuing the angel from a lynch mob (how can you lynch an angel?) Heaven Only Knows deserves an "E" for Effort for bringing a fresh twist to the venerable western genre.

John Constantine has literally been to Hell and back. When he teams up with a policewoman to solve the mysterious suicide of her twin sister, their

When guardian angel Seth -- who invisibly watches over the citizens of Los Angeles -- becomes captivated by Maggie, a strong-willed heart surgeon, he

Amiable slackers Bill and Ted are once again roped into a fantastical adventure when De Nomolos, a villain from the future, sends evil robot duplicates of 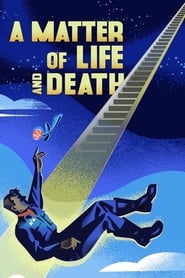 A Matter of Life and Death

When a young airman miraculously survives bailing out of his aeroplane without a parachute, he falls in love with an American radio operator. But the

When God loses faith in humankind, he sends his legion of angels to bring on the Apocalypse. Humanity's only hope for survival lies in a group of