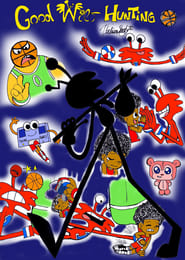 Trailer
When the imaginary friends at Foster's are having a five-year reunion with their creators, Bloo and Mac see that Wilt is not with his creator. They ask him where his creator is and ask about what kind of person he is, and Wilt runs away as they pester him with more questions. Soon, Wilt decides to run away from the Foster's home and set things right with a mysterious enemy. The result is a chase in which Bloo, Mac, Eduardo, Coco, Frankie, Police officer Nina Valerosa (who created Eduardo), Douglas, and Adam (Coco's nerdy caretakers who are madly in love with Frankie) try to bring Wilt home. At every stop, they miss him and he does some good deed and misses whatever transportation he was going to take cross-country to his creator.

Keywords:lost and found, finding yourself

On a university scholarship, a good natured student from the midwest gets a crash course in city life while dealing with three evil roommates. He

After trespassing at an abandoned house a pair of friends become increasingly tormented by a restless spirit.

A group of relatively young (30-35 years), college-educated, smart, urban people, whose youth was destroyed in the events during the breakup of