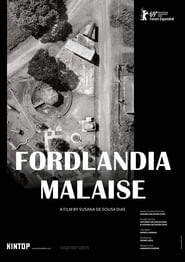 Trailer
Fordlandia Malaise is a film about the memory and the present of Fordlandia, the company town founded by Henry Ford in the Amazon rain forest in 1928. His aim was to break the British rubber monopoly and produce this material in Brazil for his car production in the United States. Today, the remains of construction testify to the scale of the failure of this neocolonialist endeavor that lasted less than a decade. Nowadays, Fordlandia is a space suspended between times, between the 20th and 21st centuries, between utopia and dystopia, between visibility and invisibility: architectural buildings of steel, glass, and masonry still remain in use while traces of indigenous life left no marks on the ground.

A film that exposes the shocking truth behind the economic crisis of 2008. The global financial meltdown, at a cost of over $20 trillion, resulted in

Enron: The Smartest Guys in the Room

A documentary about the Enron corporation, its faulty and corrupt business practices, and how they led to its fall.

Michael Moore comes home to the issue he's been examining throughout his career: the disastrous impact of corporate dominance on the everyday lives of

A thriller that revolves around the key people at an investment bank over a 24-hour period during the early stages of the financial crisis.

A Most Violent Year

A thriller set in New York City during the winter of 1981, statistically one of the most violent years in the city's history, and centered on a the lives