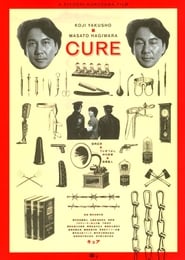 Trailer
A wave of gruesome murders is sweeping Tokyo. The only connection is a bloody X carved into the neck of each of the victims. In each case, the murderer is found near the victim and remembers nothing of the crime. Detective Takabe and psychologist Sakuma are called in to figure out the connection, but their investigation goes nowhere...

Special Agent Jennifer Marsh (Diane Lane) works in an elite division of the FBI dedicated to fighting cybercrime. She thinks she has seen it all, until a

When a seemingly straight-forward drug deal goes awry, XXXX has to break his die-hard rules and turn up the heat, not only to outwit the old regime and

Two French policemen, one investigating a grisly murder at a remote mountain college, the other working on the desecration of a young girl's grave by